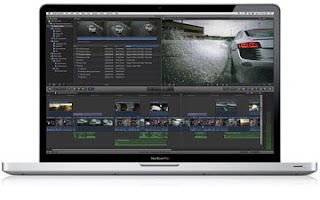 Apple showed off the new version of the software at NAB in April and video professionals were impressed not only with the new features, but with the new price. Final Cut Pro X is available in the Mac App Store for $299.99. To put that in perspective, the full version of Final Cut Studio from 2009 retailed for $999.99. Companion apps Motion 5 and Compressor 4 are available in the Mac App Store for $49.99 each.

Final Cut Pro X is a big update for the venerable editing suite, in no small part because it is now (finally) built with 64-bit support. That means that the app will be able to take advantage of the additional memory space in Mac OS X Snow Leopard and the upcoming Mac OS X Lion.

Apple has been a leader in professional video editing for the past decade, but in recent years, video pros have questioned the company’s commitment to the market. As a longtime Final Cut Pro user, I’ve grown frustrated with the product — and I’m not even a professional editor. In the past year, I have largely used Adobe Premiere CS5 for most projects, because of its speed and more modern featureset.

The big new feature is called the Magnetic Timeline, which takes a trackless approach to editing. Like Adobe, Apple has also put a lot of effort into what it calls Content Auto-Analysis, which is another way of saying that the software uses meta-tags to better organize and import content, based on shot type, media format and other information.
Posted by Toukir Rahman