0 apple, Mac, Mac OS X, Mac OS x Lion, News And Information 6:51 PM
Everyone knows that the Mac OS X operating system is just inherently secure. Any Apple loyalist will gladly explain to you everything that is wrong with Microsoft Windows, and how happy they are with not having to worry about malware and exploits on their shiny new Mac. So, I guess Macs don't need security software and we have nothing left to talk about...
Well, hold on a minute. While it is true that there are aspects of Mac OS X that might make it more difficult to compromise or exploit, it is by no means invulnerable. Macs have enjoyed a long history of security by obscurity--being too small of a target to be worth the time for malware developers to bother attacking. But--although Mac OS X still holds but a fraction of the market share that Microsoft Windows does--Apple has been gaining ground and is starting to show up on the malware radar. 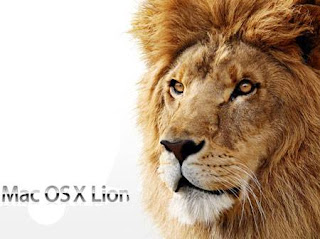 "We are approaching a tipping point, where it will soon be financially viable for cybercriminals to target their efforts at Mac users," says Ivan Fermon, senior vice president of product management, Panda Security. "When Apple reaches 15 percent market share worldwide, which Panda expects will happen very soon, we predict that hackers will begin to aggressively target attacks against this platform. The rapid increase in use of Apple-powered devices--iPhones, iPods, iPads--is also making the Mac platform a much more attractive target."
"We receive an average of 55,000 new threats every day at PandaLabs. Hackers are always looking to profit from their activity, which is why there are so many different examples of malware," said Luis Corrons, technical director, PandaLabs. "Until recently, Apple users were not an attractive target for hackers because the number of potential victims was so small compared to Windows. But now the market is changing and with Apple's global reach, the numbers are becoming more financially appealing for cybercriminals."
Panda has identified approximately 5,000 malware variants that specifically target Apple systems, and claims to see an average of 500 new samples each month. The Mac has been getting more security research and attention as well. There were only 34 vulnerabilities identified for the Mac in 2009, but with two months to go that number is already at 175 for 2010. It is also worth mentioning that many attacks these days are socially engineered and platform agnostic. Phishing scams prey on naïve trust and don't care what OS you use.
So, the short answer to the question of whether or not your Mac needs malware protection is "Yes". Or, at least, it will soon need malware protection if the Apple platform continues to grow as a lucrative target. Consider it a badge of honor in recognition of gaining enough market share for cyber criminals to care. That is why Panda Security is launching Panda Antivirus for Macintosh.
Panda Antivirus for Macintosh is available as of today, October 20 for download from Panda Security's Web site. The cost is $49.95 for a one-year license, including updates, upgrades, and online technical support. The software will be available in six languages at launch: English, Spanish, French, Italian, German and Japanese.

You can download a free trial version of the software by clicking here.