Hackers have posted a document that allegedly has user names and passwords for an Apple server. The find, posted via the AntiSec hacking campaign, appears to be a warning that Apple “could be a target too.”

The bigger picture here is that Apple will become an increasing target for these hacker groups if the company provides the right trigger. Apple could represent the Holy Grail for malicious hackers given its stash of iTunes customer data. If Sony, AT&T and the CIA can bring hackers headlines just imagine what Apple could do.

According to the Wall Street Journal, AntiSec includes hackers from Anonymous and the now-decommissioned LulzSec. 9to5 Mac considers the document posted by AntiSec to be relatively benign.

That take looks to be roughly correct, but there’s a warning embedded here. Hackers apparently are too “busy elsewhere” to mess with Apple, but that doesn’t mean the company is bulletproof. One trigger—something that may annoy hackers—could set off a larger attack.

Apple hasn’t commented yet and probably won’t. Today Anti-Sec claims a technical support server. It’s not a big deal yet. The big question is whether Apple’s more valuable servers—iTunes and iCloud—will become targets. 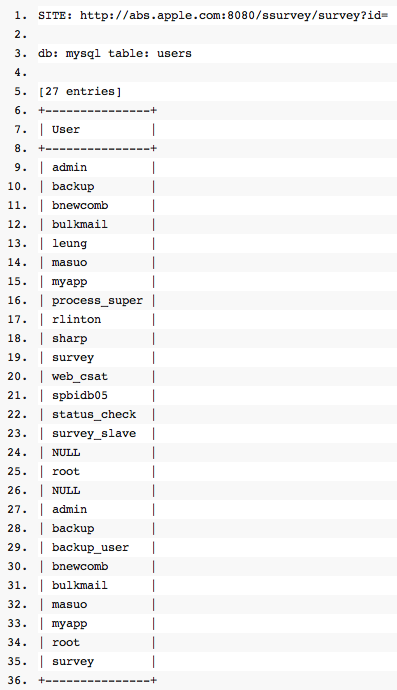