Anonymous, LulzSec Urges Paypal BoyCott, Condemns FBi Raids Do you like this sto

0 hackers, News And Information 2:37 AM
Anonymous is seriously lashing out today at the FBI and especially at PayPal, urging users of the electronic payments site to empty their accounts.


We encourage anyone using PayPal to immediately close their accounts and consider an alternative. The first step to being truly free is not putting one's trust into a company that freezes accounts when it feels like, or when it is pressured by the U.S. government. PayPal's willingness to fold to legislation should be proof enough that they don't deserve the customers they get. They do not deserve your business, and they do not deserve your respect.

Join us in our latest operation against PayPal - tweet pictures of your account closure, tell us on IRC, spread the word. Anonymous has become a powerful channel of information, and unlike the governments of the world, we are here to fight for you. Always.

The group wants supporters to empty their accounts and avoid using the payment service in protest against the prosecution of a university student who allegedly participated in denial of service attacks against PayPal last year. Mercedes Haefer, a 20-year-old journalism student at the university of Nevada, is among around 14 people facing hacking charges punishable by a sentence of up to 15 years imprisonment and a fine of $500,000. It has been alleged that Haefer had used her home PC to attack PayPal's systems.

In response, Anonymous and LulzSec put out a statement calling for a boycott of PayPal, as the first phase of #OpPayPal. 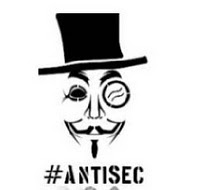 In recent weeks, we've found ourselves outraged at the FBI's willingness to arrest and threaten those who are involved in ethical, modern cyber operations. Law enforcement continues to push its ridiculous rules upon us - Anonymous "suspects" may face a fine of up to 500,000 USD with the addition of 15 years' jailtime, all for taking part in a historical activist movement. Many of the already-apprehended Anons are being charged with taking part in DDoS attacks against corrupt and greedy organizations, such as PayPal.

What the FBI needs to learn is that there is a vast difference between adding one's voice to a chorus and digital sit-in with Low Orbit Ion Cannon, and controlling a large botnet of infected computers. And yet both of these are punishable with exactly the same fine and sentence.

In addition to this horrific law enforcement incompetence, PayPal continues to withhold funds from WikiLeaks, a beacon of truth in these dark times. By simply standing up for ourselves and uniting the people, PayPal still sees it fit to wash its hands of any blame, and instead encourages and assists law enforcement to hunt down participants in the AntiSec movement.

Quite simply, we, the people, are disgusted with these injustices. We will not sit down and let ourselves be trampled upon by any corporation or government. We are not scared of you, and that is something for you to be scared of. We are not the terrorists here: you are.

Anonymous is now claiming through its Twitter account that PayPal has lost more than 9,000 account in just a couple of hours. The group also claimed that PayPal had taken down its Web page where people can cancel their accounts, though the site seemed to be up and running normally.

WikiLeaks was quick to crow that Anonymous' campaign dealt a "$933M stock crash" this morning for PayPal parent eBay. Shares in eBay did drop about 3 percent at the market open, but have since recovered somewhat.

PayPal was not immediately available for comment, according to CNET's reporter.

Last December, PayPal released to WikiLeaks all existing funds in its account up to that time but cut off the ability of the whistleblowing site to receive future funds from supporters via its PayPal account.

By caving into the law enforcement establishment in freezing the WikiLeaks account, PayPal doesn't deserve the business or respect of its customers, says Anonymous.

In recent weeks Anonymous and LulzSec have rarely stayed with the same target for more than a day at a time, so it will be interesting to see how long #OpPayPal lasts or how it evolves. Security firm Panda has already spotted chatter suggesting a move towards illegal tactics is already being discussed, at least.
Posted by Toukir Rahman